With thanks to Dr Penelope Cooke and Dr Martin Jonas of Brookes Bell for their contributions.

The Club has learned that a number of ships loaded with Australian coal are experiencing significant delays in receiving authorisation to discharge in Chinese ports. Commercial and charterparty implications of this have been covered in a recent issue of the UK Defence Club INSIGHTS newsletter of November, 2020 - FAQs: legal issues arising from delays in discharging Australian coal in China.

As coal is a hazardous cargo within Group B of the IMSBC Code, members may be concerned about the effect of such significant delays on the safety of the vessel.

The provisions of the IMSBC Code are mandatory, and the Club strongly advises all members to familiarise themselves with and follow the detailed requirement in the schedule for COAL, in particular as they relate to gas monitoring, ventilation and pH monitoring of the bilges.

The recommended precautions are:

The water draining out of some coals can be highly acidic, and may cause corrosion to uncoated metal surfaces including tanktops, sounding pipes and/or bilge systems.  The risk of acidic drainage may vary significantly between coal mines.  It is not known at this stage if any specific Australian mines present a higher risk in this respect than others.

To monitor potential corrosion damage to the vessel, the IMSBC Code requires all vessels carrying coal to be equipped to measure and record the pH value of cargo space bilge samples.  Regular bilge testing must be systematically carried out during the voyage and during any waiting periods or delays.  If pH monitoring indicates that a corrosion risk exists, bilges should be frequently pumped out during the voyage to avoid possible accumulation of acids on tanktops and in the bilge system.

Based on past cases, the pH values may be acidic from the outset, or may decrease from neutral to acidic over time.  In this event, expert advice should be obtained.  If there is a concern about potential corrosion, a thorough inspection of the metal surfaces which have been in contact with the coal cargo or bilge water should be carried out after discharge.

In some previous long-delayed coal cargoes, significant localised corrosion in the form of flat peaks and deep valleys over the tanktop surface was observed after discharge, most likely through pools of acid water under stagnant and stationary conditions rather than as a uniform attack on the metal over the surface.  The bare tanktops appeared to be most affected in areas where water was able to settle (aft and hold sides), and this may vary depending on the trim and the stationary nature of being at anchorage.  Under normal voyage conditions the motion of the sea may inhibit the formation of these stagnant pools of acid.

A further consideration for vessels at anchorage is that depending on the distance from shore, they may not be permitted to the pump the bilges.

However, reported cases of significant corrosion are relatively rare, and at this stage it is not known if there is an increased risk of corrosion for the vessels currently waiting off China with Australian coal.

The Club would like to draw Members' attention to the latest circular from our correspondent in China, Oasis P&I Services Limited. 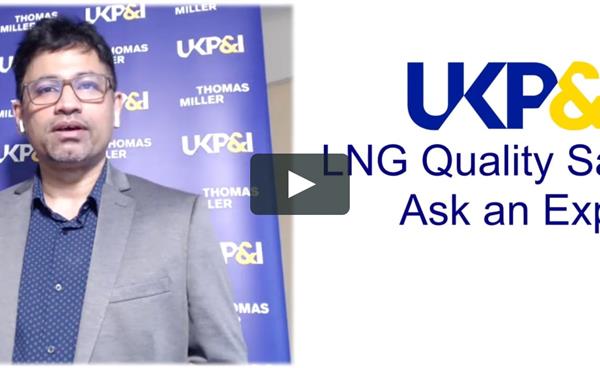 In the latest series of 'Ask an Expert' Ansuman Ghosh spoke with Sven Lataire of SGS about the specific purposes, methods, challenges, advantages and disadvantages, and future trends of gas sampling.