In mid December 2014, US President Obama announced changes in the embargo in place against Cuba since 1963. The goals of the changes are to improve human rights conditions and democratic reforms in Cuba as well as fostering improved conditions for the Cuban people. Issues of mutual concern such as migration, counter narcotic, environmental protection and human trafficking will be discussed.

The changes to the US Departments of Treasury and Commerce regulations do not completely eliminate the embargo against Cuba. Persons subject to U.S. jurisdiction are prohibited from doing business or investing in Cuba unless licensed by OFAC The changes will ease three main restrictions on:

for authorized persons in one of 12 categories including official business of US and Foreign Governments; certain intergovernmental organizations; support for the Cuban people; humanitarian projects; and certain export transactions that maybe considered for authorization under existing regulations and guidelines.

allowing providers to establish infrastructure in Cuba to provide commercial telecommunications and internet services to improve communications between the US and Cuba.

The changes will authorize expansion of commercial sales/exports from the U.S. to foster the growth of a Cuban private sector and allow access to certain lower priced goods. Authorized exports include building materials for private residential construction; goods for use by private sector Cuban entrepreneurs and agricultural equipment.

US owned or controlled entities in third countries will be licensed to provide services to and engage in financial transactions with Cubans in third countries. Bank accounts of Cuban nationals living outside Cuba will be unblocked. Foreign ships will be allowed to enter the U.S. after engaging in certain humanitarian trade with Cuba.

bars all ships from the U.S. for 180 days after calling at Cuba. That regulation remains in place. The new regulations provide limited exceptions to this rule for (1) shipment of cargoes exported under Commerce Department authorization (including agricultural, medical, telecommunications and other permitted goods; (2) carriage of students, faculty and staff authorized to travel to Cuba; and, (3) ships engaged in the export or re-export agricultural commodities, medicine or medical devices to Cuba from a third country. All the exceptions must be licensed by OFAC.

The Department of Commerce's rules still do not permit ships to depart the U.S. for Cuba without an export license.

Members are encouraged to obtain legal advice to ensure their activities do not violate US Sanctions against Cuba.

White House Fact Sheet on these new policies can be viewed here: http://www.whitehouse.gov/the-press-office/2014/12/17/fact-sheet-charting-new-course-cuba

Amendments to the Export Administration Regulations issued by the U.S. Department of Commerce 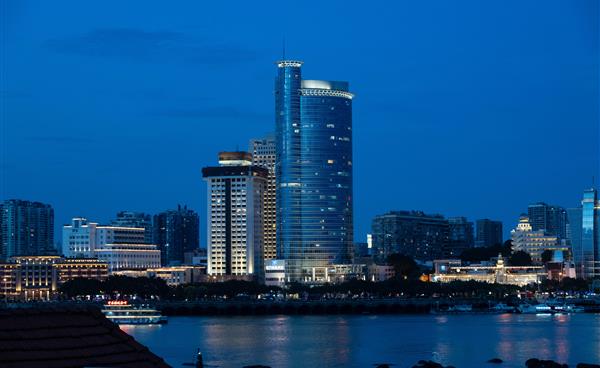 The UK Club’s Correspondents, Oasis P&I, provide an update on the revised ship routing and reporting systems at Xiamen Port which will come into effect on 1 March 2022.