issued a statement to the shipping industry on the recent attacks against merchant shipping in the Gulf of Aden and Bab-el-Mandeb. This statement serves as a reminder to mariners of the importance of following BMP4 and the benefits of registering with MSCHOA and UKMTO when sailing in the High Risk Area and Voluntary Reporting Area. A copy of the statement in full is below, but can also be found on the Combined Maritime Forces website here:

https://combinedmaritimeforces.com/2017/06/12/statement-to-industry/Combined Maritime Forces - Statement to the industryRecent attacks against merchant shipping in the Gulf of Aden and Bab-el-Mandeb have highlighted that there are still risks associated with transits through these waters. In addition to several attempts at piracy, attacks by small, high speed boats using small arms, rocket propelled grenades, and significant amounts of explosives have been conducted against MV GALICIA SPIRIT in October 2016 and MT MUSKIE in May 2017. In the case of the MT Muskie, the ship's embarked security team was able to thwart the attack resulting in the small boats breaking off their attack and one boat exploding for an unknown reason at a safe distance from the Muskie. While these small boat attacks were both unsuccessful, and the identity of the attackers remains unknown, they demonstrate a new threat to the maritime community. In response to these threats the Combined Maritime Forces will be increasing the naval presence in the western Gulf of Aden. It is important to note however that these attacks can develop rapidly and having warships positioned for an effective response depends on information provided by the shipping community.To assist in providing this information, it is recommended that all mariners sailing through the High Risk Area register their transits with the Maritime Security Centre - Horn of Africa (MSC-HOA). In addition, vessels should report to UK's Maritime Trade Operations (UKMTO) when entering the Voluntary Reporting Area (VRA) and immediately if witnessing any suspicious event. This will provide military forces in the area visibility on your transit, allow accurate accounting of your vessel, and enhance our ability to respond to any sort of attack. Finally, military risk assessments indicate that adherence to Best Management Practices 4 (BMP4) and the use of armed security teams remain the best guidance available to help protect your ships in the event of an attack. All members of the shipping community are encouraged to strictly adhere to the guidance contained in BMP4 in order to make their ships much harder targets. However, the use of BMP4, armed security, or any other defensive measures remain the sole decision of the vessel operator based on their own dedicated risk assessment.Maritime security will always require a team effort. CMF looks forward to working closely with our regional military partners and the shipping industry to ensure the free flow of commerce. It will take all of us, working together, to be successful. 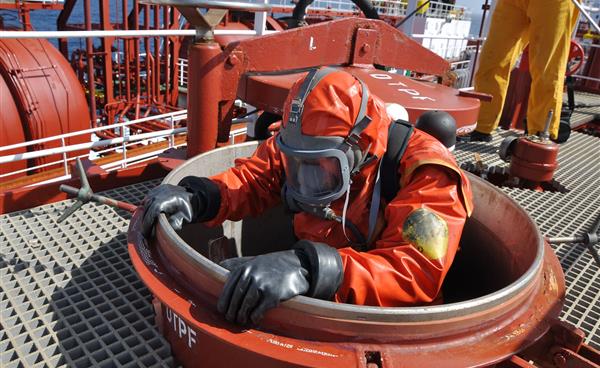