QCR Summer 2017: LMAA tribunal in this case provides guidance on what amounts to a proper holds inspection

In London Arbitration 4/17 a bulk carrier was chartered out on amended Norgrain 1973 form for the carriage of a cargo of wheat in bulk. Disputes arose as to whether the vessel's holds were clean, cargo worthy and met the requirements of the charterparty when the ship arrived at the load port.

Four hold inspections had been carried out. Under three of these the holds were passed and under one, the holds were failed. The first two inspections were carried out at night at the anchorage shortly after the vessel's arrival. They took a little over two hours. The third inspection was conducted before sunrise and lasted 50 minutes. The fourth inspection failed the vessel's holds. It lasted over 7 hours by day light and the surveyor found the presence of remnants of the previous cargo of coke and rust

The Tribunal held that before loading grain a vessel had to satisfy the requirements of both the authorities where the cargo was to be loaded and any specific requirements in the charterparty. The key clause in the charter relating to the condition of the holds was clause 77, which read:

"77. Vessel's holds on arrival load port to be clean, swept, dried up, free of loose paint/rust scale, free of cargo residues from previous voyage and in every respect ready to load the intended cargo to the satisfaction of the shipper's independent surveyor. Should the vessel fail to pass the hold inspection, Owners to arrange cleaning at their time and expense."

Owners also suggested that there should be an implied term that the shippers would not appoint "a wholly ignorant or unreasonable inspector" who might unreasonably reject the vessel's holds. The tribunal agreed with owners that clause 77 should not be used to require an unreasonable level of cleanliness but added that the standard required should also not be limited to the standards acceptable to the local authorities where those standards may be at the lower end of the scale. The tribunal rejected Owners' assertions that the inspection team was "wholly ignorant", not competent to carry out a hold inspection prior to loading grain, was not acting on behalf of the shippers, was not independent and required an unreasonable standard.

Nevertheless, the Tribunal found the first two inspections superficial and far from convincing. The tribunal would defy anyone to carry out a proper inspection of a bulk carrier at night in 2 hours. Simply moving from one hold to the next would have taken at least half of the allotted time. The third inspection was considered by the Tribunal to be of negligible value.

The Tribunal was satisfied that despite the findings of those carrying out the first three inspections, the fourth inspection's findings of the presence of coke residues from the previous cargo and rust/scale on the sides of the holds meant that the terms of clause 77 were not met. The Tribunal found support in such a conclusion in the Master's conduct. The Master did not issue a Letter of Protest (LOP) nor did he add any remarks to the Statement of Fact (SOF).

An email from the Master appeared to accept the presence of remnants of coke and rust on the side of the holds. He did not deny it and additionally he decided to immediately employ the crew to rectify the situation, which took the best part of three days to rectify.

Owners are recommended to take note of this decision. The vessel was delayed by three days in order to clean the holds properly. The cleaning could have been carried out when the vessel first arrived at the port of loading and whilst she was waiting for her berth. The tribunal concluded that the Master appeared to have accepted that the holds did not comply with the requirements of the charterparty as he neither denied the presence of remnants of the previous cargo and rust nor did he issue a letter of protest. The Club recommends that Masters issue letters of protest and raise objections to hold inspection failures as the absence of such protests and objections may be construed adversely against Owners. 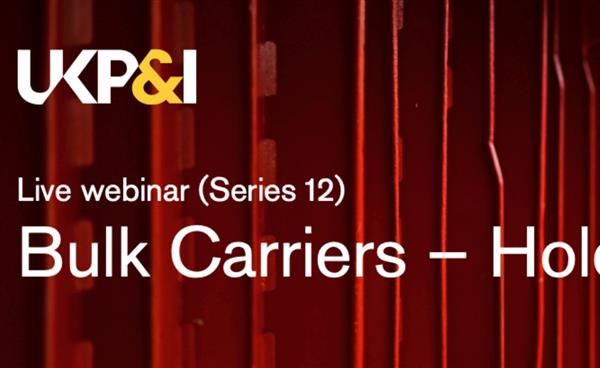 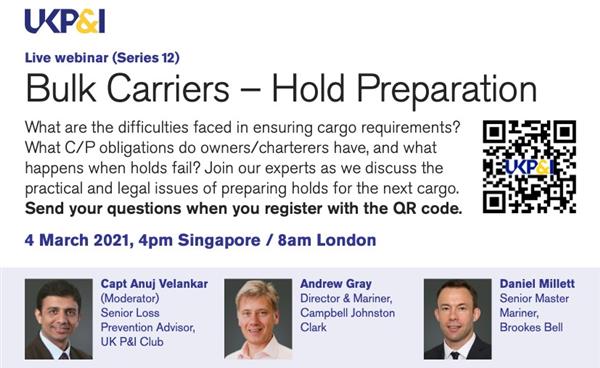