Legal Article: The Northwest Passage - What is its status under the international law of the sea?

Global warming has increased the potential for commercial shipping as the Arctic ice progressively melts. Canada maintains that the Passage is part of its internal waters and that no right of innocent passage exists within it, whereas the United States of America believes the Passage is an international strait where the right of transit passage exists. This article suggests that a clearer international legal regime is needed to resolve the current ambiguous legal position in respect of the Northwest Passage, which allows two States to arrive at opposing outlooks regarding it.

As a result of ice in the Arctic thinning, new shipping routes for surface navigation are being created within an area which was traditionally thought to be unsuitable for shipping. This, in combination with the development of modern technology of strengthened hulls and nuclear-powered ice-breakers, is making commercial shipping in Arctic areas such as the Northwest Passage increasingly viable.

The Northwest Passage is “a collection of alternative maritime transit routes linking Europe and the Atlantic Ocean with Asia and the Pacific Ocean, routed via the northern tier of the North American continent.” Using the Northwest Passage, commercial ships can save 9,000 kilometres for transits from Asia to Europe by avoiding the Panama Canal, and 17,000 kilometres by not having to go around Cape Horn, with substantial savings in fuel consumption, time and transit fees.

However, even though the ice is melting, challenges for Arctic navigation remain due to the Arctic being a dangerous and inhospitable environment. The extreme low temperatures, the lack of local services and infrastructure to support shipping all expose crew to higher risks. For some shipowners, these challenges may outweigh the financial advantages.

With regard to the status of the Northwest Passage under the international law of the sea,
there are at least two conflicting viewpoints; one from the United States of America (USA) and the other from Canada. The importance of the classification of the strait revolves around whether there is a right of innocent passage for foreign ships within the Passage.

Canada’s position on the Northwest Passage is that the Passage is part of its internal waters as per Article 8 United Nations Convention on the Law of the Sea 1982 (UNCLOS). Therefore there is no right of innocent passage for foreign ships.  Furthermore, the Canadian government has declared that “all of the waters within the Canadian Arctic Archipelago are Canadian historic internal waters over which Canada exercises full sovereignty” which includes the Northwest Passage.

In brief, Canada’s position is that the Northwest Passage is part of their internal waters and no right of innocent passage exists.

The USA requires a right of transit through the Northwest Passage to ensure the success of its economy and national security.  It has adopted the position that the Northwest Passage is a strait and there exists a right of transit passage through it for foreign ships and aircrafts to enjoy. ‘Transit passage’ is a broader right than ‘innocent passage’ as during the former, warships can be at battle stations and submarines can travel in their ‘normal mode’.

The USA’s reservations against Canada’s adopted position stem from a concern that such a position could set an unwanted precedent for enclosing key navigational straits around the world.  The USA’s concern is not, however, shared by academics who have pointed out that any such precedent would only be relevant for disputes involving archipelagos. Canada’s position would not necessarily be a threat to every other international strait, as the USA appears to be suggesting.

There is support for the argument that the Northwest Passage does fall within the definition of a strait as used by UNCLOS in the context of transit passage. UNCLOS refers to “transit of the strait between one part of the high seas or Exclusive Economic Zone (EEZ) to another part of the high seas or an EEZ.” It has also been stated that for a body of water to qualify as a ‘strait’, UNCLOS does not require that a minimum threshold of shipping traffic thereon is met. Instead, the test is geographic and is satisfied by the Northwest Passage.

In 1969 with The Manhattan, and subsequently in 1985 with The Polar Sea, the USA sent ships through the passage without asking Canada for prior permission. The USA is relying on these two transits to bolster its stand that the Northwest Passage is an international strait.

UNCLOS creates the core legal framework for activities in the Arctic. A consistent

compromise between the concept of freedom of navigation and the concept of sovereignty over coastal jurisdictions. It is noted here that the USA is not a party to UNCLOS, although it does customarily abide by its provisions. Canada on the other hand ratified UNCLOS in November 2003.

Canada cites ‘historic title’ as a basis for the Northwest Passage being part of Canada’s internal waters. However, neither UNCLOS nor the 1958 Convention on the Territorial Sea and the Contiguous Zone provides a definition for this concept. There are therefore limited indications of the necessary requirements to establish a historic title.  Some guidance on this concept can be found within reviews of UNCLOS. This includes an assertion for the concept to be recognised in international law as an extension of the doctrine of historic bays.

The requirement for being a strait is addressed in terms of ‘straits used for international navigation’ as per Article 34 UNCLOS 1982. Within straits which meet the requirements of Article 37 UNCLOS, the right of transit passage exists.

Before the Corfu Channel case, it was thought that a strait was ‘international’ for legal purposes if it was “essential to passage between two sections of the high seas and was used by considerable numbers of foreign ships.” This case clarified that the influencing criteria are in fact ‘the geographical element’ i.e. that the strait connected “two parts of the high seas” and ‘the functionality element’, the fact of it being used for international navigation.

Today, the discussion surrounding whether the Northwest Passage is a strait is mainly focused on the satisfaction of the functionality element, and on the precise meaning of “used for international navigation”. The functionality element must be satisfied by ships which are not registered to Canada. The issues are that it is not clear how many actual transits have taken place and whether a distinction should be made between historical and more contemporary figures. The earliest recorded crossing of the Northwest Passage was completed in 1853 via sledges over the sea ice. Since then, as the sea ice has started to melt, the number of successful transits through the passage has steadily increased to 71 recorded passages in 2013. This should be compared with the Suez Canal where on an annual basis, 17,000 ships pass through.

As the Arctic was covered by ice in the past, only submarines which could travel underneath the ice could have transited through the Passage and only two submarine transits have been reported. As UNCLOS is silent on whether passage would have to be surface or subsurface, arguably subsurface transits can be counted within recorded passages.

Following the end of the Cold War and the rise in global terrorism, it has been suggested that the USA’s and Canada’s interests now coincide, opening up an opportunity for the dispute over the status of the Northwest Passage to be resolved through co-operation. The solution that has been suggested is to have a bilateral treaty between the USA and Canada which can be roughly based on the 1984 Friendship Treaty between Chile and Argentina. This will ensure that the sensitive environmental nature of the Arctic is taken into account in the treaty. Moreover, the bilateral treaty regime can outline that both the USA’s and Canada’s security interests in the Passage be met with the parties “bypassing their legal dispute and then proceeding to co-operate on joint defence and enforcement of the Strait.” This combination would mean that the Passage would be subject to a regime similar to that which currently applies in artificial waterways, such as the Panama and the Suez Canals. Incorporating this solution could guarantee both Canada’s sovereignty over the Northwest Passage, and the interests of international shipping through having an open and secure route.

The current international law of the sea surrounding straits and functionality is vague and unclear, and has enabled two States to come to opposing standpoints as to whether the Northwest Passage has functional use. This article suggests that the current international legal framework on functionality is too restrictive and that it needs to be more flexible concerning sui generis areas such as the Arctic. It is perhaps timely to review this area of Internal Law, considering the potential future uses for the Arctic, and specifically the Northwest Passage, as more ice melts.

This article was written by Trainee Claims Executive, Rebecca Rowe. Rebecca joined Thomas Miller in October 2018, shortly after completing a degree in Law and a Master’s in International Maritime Law. Whilst studying for her law degree, Rebecca was an Honorary Officer Cadet at a University Royal Naval Unit, which enabled her to experience life on board a military vessel and learn how to navigate a ship. Rebecca is currently undertaking a training programme to become a Claims Executive.

Following the Club's previous notifications, Members should be aware of continued detentions within Malaysian and Indonesian waters due to illegal anchoring i.e., anchoring with the prior approval from the authorities. 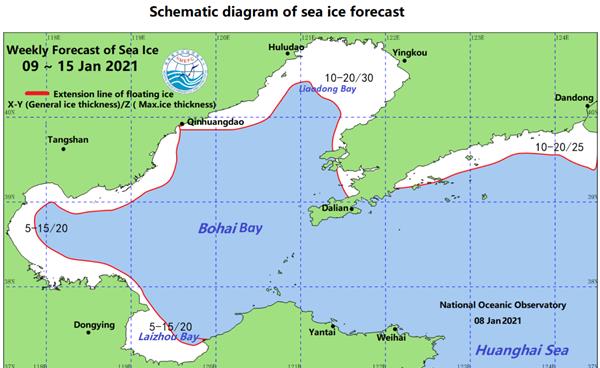 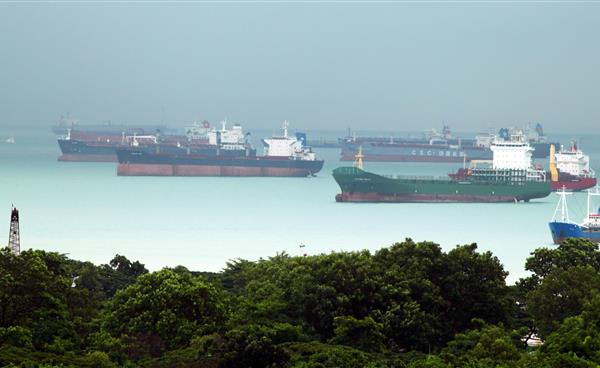 Indonesia - Detention of anchored vessels by the Indonesian Navy

The Club would like to alert Members to a recent increase in incidents of detention of vessels anchored in waters off the island of Bintan, Indonesia by the Indonesian Navy 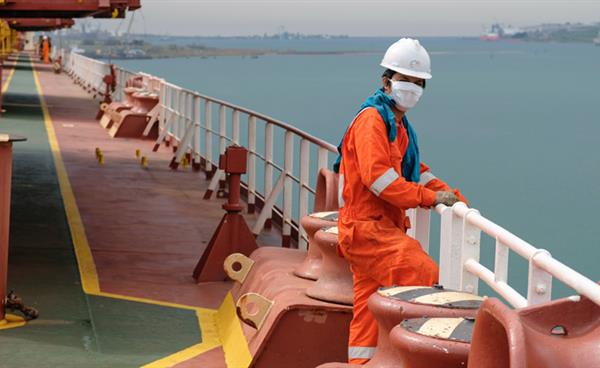 Under the International Labour Organization’s Maritime Labour Convention (MLC), port states must ensure that seafarers on board ships in their territory who are in need of immediate medical care are given access to medical facilities on shore.