In a costly new trend, California Plaintiffs’ attorneys are referring their personal injury clients to expensive, lien-based medical providers to skirt the California Supreme Court’s decision in Howell v. Hamilton Meats which limits plaintiffs to recovering the actual amounts paid for medical treatment not the amounts billed.  As a result, defense attorneys must change their strategy for addressing inflated damages in lien-based treatment cases by focusing more on the medical providers own finances.

In 2011, The California Supreme Court decided Howell v. Hamilton Meats & Provisions, Inc., 52 Cal.4th 541 (2011), holding that an award of economic damages in a personal injury case is limited to the lesser of (1) the amount actually paid or incurred rather than the amount billed, or (2) the reasonable value of the rendered treatment.  The Howell Court held that the amount billed by a medical provider was not relevant since most medical providers accepted less than what they billed in the end.  This was particularly true given that most medical providers had pre-negotiated and discounted rates with health insurers and workers compensation insurers.  The Court held that recovery of the billed amount was not allowed as evidence because “the injured plaintiff did not suffer any economic loss in that amount,” and the plaintiff could only recover what his insurer actually paid.  In the years following Howell, defendants successfully argued that unpaid medical bills were inadmissible as evidence to show past economic damages.

After Howell a number of Appellate Court decisions began to chip away at its decision by finding exceptions or loopholes in the Howell rule.  For example, in subsequent decisions, the appellate courts essentially held that Howell does not apply where the plaintiff was uninsured or chose to seek treatment from a doctor who did not accept the plaintiff’s health insurance (out of network).  In those cases, the courts held that the plaintiff could recover the “reasonable value” of the medical services and that the amount billed was relevant in determining what was reasonable.  See Bermudez v Ciolek, 237 Cal.App.4th 1311, 1330-1331 (2015).  More recently, in the case Pebley v. Santa Clara Organics, 22 Cal.App.5th 1266 (2018), the California Second District Court of Appeal held that a plaintiff who receives treatment on a lien basis is considered uninsured such that the amount billed can be relevant in determining the reasonable value of medical services provided.

Earlier this year, the California Second District Court of Appeal decided another case similar to Pebley.  In Qaadir v. Figueroa, 67 Cal.App.5th 790 (2021), the personal injury plaintiff sued for negligence related to a car accident caused by defendants.  The plaintiff was treated by doctors on a lien basis.  As a result, those medical bills were unpaid at the time of trial.  The court denied defendants’ motion to exclude plaintiff’s medical bills from evidence.  In its opinion, the court reasoned that evidence of the unpaid medical bills was relevant to prove the amount paid or incurred by the plaintiff.

As a result of cases like Pebley and Qaadir, plaintiffs’ attorneys have begun referring their clients to doctors for treatment on a lien basis and advising them not to use their health insurance for treatment so they can use the larger amounts billed by the medical providers as evidence of their medical damages, rather than the lesser amounts that insurance would pay.  In turn, medical providers have begun creating networks to advertise those who will work on a lien basis in order to get patient referrals from the plaintiffs’ bar. See https://doctorsonliens.com/ , https://www.globalliendoctors.com/ , http://lienonusmedical.com/.

The mutual benefits of these arrangements are clear: (1) the medical providers can bill inflated amounts for their treatment and (2) plaintiffs can circumvent Howell and once again use the much higher billed amounts as evidence of their medical damages in order to present much larger damages claims.

However, even the Pebly and Qaadir cases acknowledged that the amount billed on a lien basis is only relevant to a plaintiff’s damages if the plaintiff is obligated to pay the amount billed.  While the medical provider may claim that this is the case and the amount it billed is not contingent on the outcome of the case, the reality is much different.  These medical providers routinely accept something less than the amount they billed when the case has settled or gone to trial.  In reality, these medical providers and the attorneys who refer plaintiffs to them usually have an understanding, if not an agreement, that the medical providers ultimate payment will be dependent on the outcome of the case.  If this reality can be exposed and proven by the defense, Pebly and Qaadir should no longer apply, and, instead, the Howell rule should apply making the amounts billed inadmissible.

In order the obtain this evidence, defense counsel should subpoena the medical providers’ office for billing and collections records.  In addition, a Person Most Knowledgeable (PMK) at the that office should be subpoenaed for deposition focusing on that office’s billing and collection practices.  When identifying the documents being subpoenaed and the PMK topics, it is important to focus on the billing codes (CPT or HCPCS Codes) for the treatments provided to the patient as opposed to descriptions of the treatment.  For example, instead of seeking documents and a PMK deposition for billing and collection records for all laminectomies performed in a given year, it is clearer to ask for all CPT 63047 procedures.  These codes should be provided on the medical providers bills for the plaintiff even though treatment is being provided on a lien basis.

Defense counsel should expect medical providers who treat on a lien basis to push back and to even retain their own counsel to prevent the disclosure of their billing and collection records.  That is because they know that if the real amounts they accept in payment for their treatments are exposed, the amounts they billed may no longer be admissible at trial.  This, in turn, will adversely affect referrals from plaintiffs’ attorneys.

Howell and its progeny do not apply outside of California.  However, other State Courts have taken note of Howell and some have adopted similar rules to prevent inflated medical bills from being used to prove medical damages.  Where Howell or similar case law exists, defense attorneys should consider conducting billing and collections discovery on plaintiff’s medical providers where they suspect or know that treatment is being provided on a lien basis or suspect that medical bills are being artificially inflated to increase medical damages.

The UK Club would like to sincerely thank Al Peacock and Margaret Stando of Peacock Piper Tong + Voss LLP for co-authoring this article. 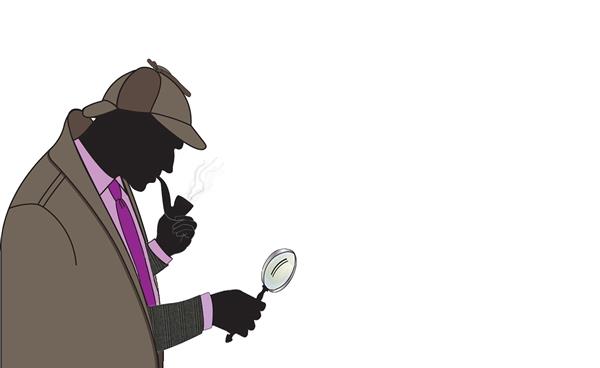 Incidents and Evidence: What You Need To Know

When Members face a serious incident which could lead to litigation, they should immediately contact their local P&I Club representative and begin collecting evidence; this article will assist Members with this task

​This case involved a cruise ship passenger who sued the a vessel owner for claimed injuries suffered when she alleged to have tripped over a cleaning bucket that had been left near a buffet line, causing her to break her arm.