The premium rating of all UK P&I Club Members will be increased by five per cent from 20th February 2011. This was agreed by the UK Club's Directors at their meeting in Shanghai on 18th October.

The decision was taken in the light of the underlying inflationary increases in claims. Much of the recent improved claims performance has come from lower claims numbers not lower claims values. The average cost per claim has continued to increase over this period. Past experience of claims and shipping cycles shows that claims escalate much faster than retail inflation when the world economy begins to recover.

At the beginning of October, the UK Club's total capital stood at $419 million, a $10 million improvement on the position since 20th February 2010. This increase in the Club's capital base is encouraging and has been achieved whilst maintaining a consistent and prudent approach to claims reserving.

Investment return for the half year to 20th August was $17 million, equivalent to a 1.6 per cent return and in line with the forecast annual return of four per cent. Since the half year markets have been very buoyant in September and early October enhancing this return significantly.

The present distribution of assets is approximately 77 per cent in cash and fixed interest, 15 per cent in equities and 8 per cent in absolute return funds.

The Club's current Standard & Poor's rating is A- (Stable Outlook).

Chairman Dino Caroussis has been encouraged by a "continuing improvement to our restored financial position" over the first six months of the financial year 2010/11, boosted by improvements in the claims on the 2008 and 2009 policy years, in particular.

"This has provided us with a welcome addition to our capital and enabled us to make releases from our reserves."It is too early to be confident about the 2010 outcome but experience to date has been similar to 2009. Nevertheless, we must make sure we have adequate reserves if claims obligations turn out to be greater than anticipated.

"Looking ahead, the broad claims picture is one of lower numbers not lower values with average claims costs continuing to increase," continued Mr. Caroussis.

"The modest five per cent figure allows for the effects of claims inflation. However, claims may increase more rapidly if market conditions improve further."

The new Solvency 2 regime in Europe will require the Club to maintain a stronger capital position than the current regulatory regime requires. It involves more than just capital requirements since it focuses on the entire risk management of the organisation, including governance arrangements. Directors and managers have worked very closely together in addressing what needs to be done and have made very satisfactory progress."

The Club provides a detailed explanation of claims performance in its October 2010 Review, published this week. Copies can be downloaded from the UK Club website www.ukpandi.com or obtained from the press contacts listed below.

The United Kingdom Mutual Steam Ship Assurance Association (Bermuda) Limited is generally known as the UK P&I Club. As a mutual association, the UK P&I Club has no outside shareholders and no financial links with other organisations. Since its establishment in 1869, the Club exists solely for the benefit of its Members. Its structure enables it to be uniquely responsive to the changing needs of its assureds and allows it to provide superior service, attention and coverage to those Members.Overall control of the UK Club lies with the Directors, who are elected by the Members from among themselves. They meet four times a year usually to formulate policy on calls, the scope of cover, finance, underwriting and claims matters, reinsurance and current industry issues affecting the P&I world. They resolve specific claims which may not fall clearly within the cover.In 350 ports around the world, on-the-spot help and local expertise is always available to Members and to the masters of their ships, from the Club's 460 correspondents. The network includes offices of the managers Thomas Miller in London, New Jersey, Hong Kong, San Francisco, Piraeus, Tokyo, Beijing, Shanghai and Singapore.

The Thomas Miller Group manages a number of world-leading mutual insurance organisations (clubs) providing insurance for shipping, transport and professional indemnity risks.Thomas Miller manages captive insurance companies in the Isle of Man and Bermuda; provides risk management consultancy services; and, through its regulated specialist subsidiaries, delivers a full investment management service to mutual clubs, captives and other clients.Previously a group of partnerships, the firm incorporated in 1999, and is now owned and controlled by its 550 employees worldwide. 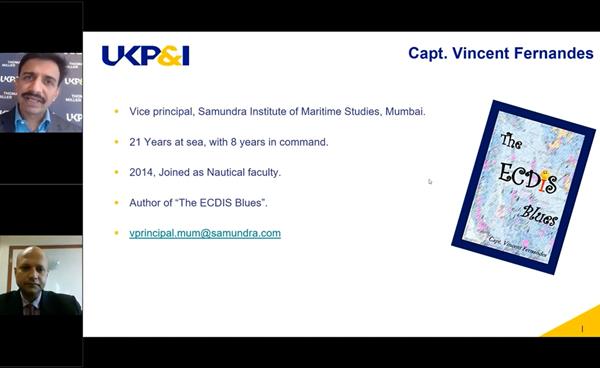 In the latest series of "Ask An Expert", Capt Anuj Velankar talks with Capt Vincent Fernandes, Author of "ECIDS Blues" on the subject of passage planning on ECDIS - the grounding of CMA CGM Libra took place more than 10 years back on paper charts.

The Club would like to remind all Members and industry stakeholders to proactively start preparations for the BWTS installations if they have not already been scheduled.

At their meeting in May 2022, the Directors closed the 2019 policy year. The deficit was transferred to the reserves.