Dangerous bulk cargoes, and in particular nickel ores and iron ore fines, are high on the Loss Prevention agenda. The UK Club's latest initiative is an aide-mémoire for shipowners and ship managers in the form of a pocket leaflet that can be kept handy when a vessel is chartered to load such a cargo.

Iron ore fines and nickel ore are frequently presented for loading in a dangerous condition. The consequences of loading these unsafe cargoes can be catastrophic.

The list of ships that have capsized or come close to capsizing since 2009 is now in double figures and rising, as is the death toll. And these ships are not 'rust buckets', in one case, a 55,000dwt vessel just 18 months old, capsized with the loss of 21 crew.

So why is it happening?

The International Maritime Solid Bulk Cargoes Code (IMSBC Code) sets out the internationally agreed provisions for the safe stowage and shipment of solid bulk cargoes, including cargoes that might liquefy, such as iron ore fines and nickel ore, but several P&I clubs have reported that owners and their ship masters are being asked to load cargoes that have moisture levels that exceed the Transportable Moisture Limit (TML) and Flow Moisture Point (FMP) figures that are specified in the IMSBC Code.

The shipment of iron ore and nickel ore fines has grown dramatically, principally due to demand from China. These shipments are loaded in areas where moisture migration has soaked what has previously been considered a perfectly safe bulk cargo. The high moisture content (MC) may be inherent in the mined ore due to a high water table, or caused by soaking tropical rains and a lack of drainage whilst stored. In any case, once the TML is exceeded it should not be loaded.

Our own practical initiative is the aide-mémoire providing guidance for shippers, shipowners, charterers, surveyors, ships' crews and other parties involved in the sampling and testing of cargoes of iron ore fines so as to ensure that it is carried out in accordance with the IMSBC Code. This document has been distributed in paper format to Members and is now available for download from the loss prevention section of the website. 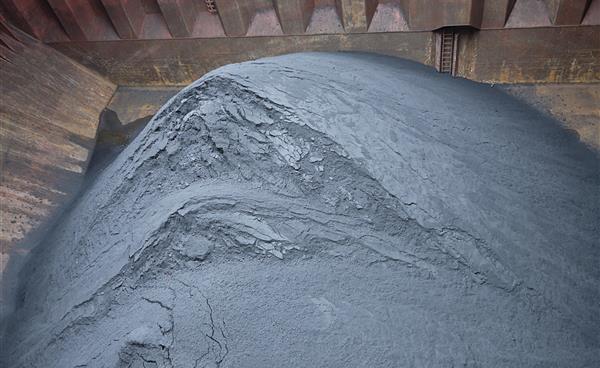 Iron Ore Fines Cargoes exported from Sierra Leone have been identified as an area of increasing concern due to a lack of regulatory oversight at loading ports and the potential for excessive wetting and thereby liquefaction and instability.