Global warming is one of the most severe and complex challenges our world faces today. There is an urgent need to reduce greenhouse gas (GHG) emission levels and avoid the most devastating impacts of climate change. Every individual, business, and industry, including shipping, has a part to play.

“The need for shipping to decarbonise is real and urgent, but not without its challenges, especially given the technical complexity of the measures being explored to enhance efficiency and/or reduce emissions, and given that the regulations and targets are still evolving. The UK Club continues to support its Members in developing a good understanding of these developments. The purpose of this article is to provide a summary of some of the latest issues and challenges facing ship owners and managers. At a time when the technologies and risks are changing fast, a close relationship between ship owners and their insurers is more important than ever, helping both to better understand the new technologies and the new rules, and to navigate the fast-changing green seascape." Patrick Ryan, Sustainability Director, UK P&I Club.

The focus on air emissions in shipping started in 1997 with the eventual introduction of regulations through MARPOL Annex VI in 2005. This focused on pollutants such as nitrogen oxide (NOx), sulphur oxide (SOx), volatile organic compounds, polychlorinated biphenyls, and chlorofluorocarbons. The reduction of SOx emissions was phased, with the most recent regulations requiring the global limit of sulphur content in fuel to be 0.5% or less from 1 January 2020, and with the Mediterranean Sea due to join the SOx-ECA areas with a 0.1% or less limit from 1 May 2025. NOx Tiers I, II, and III limits were introduced by the IMO from 1 January 2000. NOx reduction targets are achieved by optimisation of the combustion process in diesel engines or by installing dedicated NOx emission control technologies.

Measures to reduce carbon dioxide (CO2) and GHG bring a different set of challenges. The International Maritime Organisation’s (IMO) first major step to reduce carbon emissions was announced in 2011, and by 2013 the industry had seen the introduction of two new requirements:

In 2018, the IMO set out its ambitions in its initial Greenhouse Gas strategy, targeting a 40% reduction in CO2 intensity by 2030, a 70% reduction by 2050, and a 50% reduction in all GHG by 2050, all with reference to 2008 levels. These targets have left many Shipowners with an enormous task ahead of them in order to achieve compliance.

“The green transition and the need to adopt new green practices and technologies quickly will inevitably lead to new risks which, from a loss prevention point of view, will need to be understood, mitigated and hopefully avoided. A strong relationship and good communications between ship owners/operators and their Club will be vital in ensuring that lessons are learned in relation to the emerging technologies and, ultimately, that losses are prevented.” Stuart Edmonston, Loss Prevention Director, UK P&I Club.

Since 2013, the Energy Efficiency Design Index (EEDI) has been a significant measure at driving technical efficiency improvements and reducing carbon emissions from new build vessels in a phased manner, and the EEDI requirements are expected to continue to become more and more stringent.

Those ordering new build vessels must however project further ahead: as a vessel might traditionally be expected to have a lifespan of approximately 25 years, new builds are not only expected to comply with the efficiency requirements of the current EEDI targets, but they must also be built with consideration of the IMO’s future GHG reduction goals, which will become a reality within the lifetime of the new vessel.

These new regulations apply from 1st January 2023 onwards, and their impact is already being felt across the industry. Stakeholders are beginning to acknowledge that the EEXI and CII pose considerable challenges to vessels’ commercial and technical operations.

In simplistic terms, the EEXI is a retroactive application of the EEDI (design index) to all existing ships above 400 GT, regardless of when the ship was built. Its primary objective is to level the playing field in technical efficiency for new and existing ships. Existing Ships not yet meeting the EEXI targets will have to consider compliance options and must demonstrate compliance by their next survey, either annual, intermediate or renewal, whichever is first, on or after 1st January 2023, for the International Air Pollution Prevention Certificate (IAPPC) to be issued.

The options available to them are:

Whereas EEXI is a technical measure requiring one-time certification, the CII is a yearly rating system for ships above 5,000 GT. Ships are given a rating of “A” to “E” every year, with “A” being best, and “E” being the lowest rating. A corrective action plan needs to be developed if a ship receives an “E” rating for a single year or a “D” rating for three consecutive years.

The CII would strengthen the requirements to manage the in-service energy efficiency, mandating year- on-year operational efficiency improvement targets. After ships have been certified to comply with the required EEXI, they will have to remain compliant with a downward carbon trajectory up to 2030 and beyond, decreasing their carbon intensity annually from an operational perspective.

The IMO is also considering market-based measures such as a carbon tax to push shipping to cut its GHG footprint. Further details of the progress of the IMO’s Maritime Environment Protection Committee (“MEPC”) are set out in the UK Club’s series of MEPC summaries. At MEPC 78 in Jun 2022, the IMO declined to adopt proposals for the creation of a fund to decarbonise shipping by generating a $5Bn fund through a $2/tonne tax on bunkers, but did agree to continue discussions on market-based measures through the IMO’s Intersessional Working Group (ISWG) on Reduction of GHG. During MEPC 79 in Dec 2022, there were discussions regarding measures such as a GHG levy scheme and a well-to-wake GHG intensity fuel standard, but no agreement was reached on those points.

In July 2021, the European Commission adopted its ‘Fit for 55’ package consisting of 13 proposals, four of which were aimed at accelerating efforts to decarbonise shipping. Some of these proposals have drawn concern and criticisms as (the critics argue) they could potentially undermine the IMO’s efforts to address decarbonisation at a global level. Of the four proposals, two will directly impact the operation of ships and will likely be phased in from 2024. These are:

Additional information is available in the UK Club’s summary of the EU’s Fit for 55 proposals.

A ‘Declaration on Zero Emission Shipping by 2050’ was signed in Glasgow in November 2021 by 14 countries, including the UK, at the United Nations Climate Change Conference of Parties 26 (“COP26”). This called on the International Maritime Organization (IMO) to review its targets and to form a resolution to adopt the goal that GHG emissions from international maritime transport will be reduced to zero by 2050 at the latest. The IMO was also asked to adopt goals for 2030 and 2040 that will place the sector on a pathway to full decarbonisation by 2050, and to adopt the measures needed to help achieve these goals. The Declaration acknowledged three other shipping emissions initiatives:

The UK P&I Club sponsored the International Chamber of Shipping “Shaping the Future of Shipping” conference that formed part of the COP26 programme, at which leaders from across the shipping industry discussed how shipping can be decarbonised. Further details are set out in the UK Club’s summary of COP26.

In relation to existing ships, the question remains as to how much an existing ship's carbon reduction can be further reduced from a technical perspective when the ship concerned has already reduced its installed propulsive power. A related concern is that, even after complying with EEXI and CII, existing ships can still find themselves in the lowest carbon efficiency category, and therefore subject to increased market scrutiny and reporting requirements.

In addition, it seems likely that some ships at sea today will meet the IMO's 2030 emissions target under the EEXI and CII regimes, but without necessarily being on track to meet the longer-term requirements. On a positive note this would, to some extent, delay the need to replace ships with unproven technology for the first few years. Eventually, however, the EEXI regime gains will tail off, and ships will then have to move to alternative fuels such as LNG, hydrogen-based liquid fuels, synthetic fuels, biofuels or even electric power.

Although part of shipping’s energy transition will be achievable through the adoption and refinement of energy-saving devices, logistical optimization, machinery optimization and operational savings, the industry will need to go through a transformative transition to low-carbon and ultimately zero-carbon forms of propulsion. The scale and speed of this required transition is unprecedented.

Market-based measures to promote zero-emission shipping are being called for to drive this transition and, when these are implemented, the operating costs of fossil fuel-powered vessels will increase significantly, pressurising the owners of legacy fossil fuel-burning ships to slow down further to reduce emissions, buy emission offsets, invest in clean retrofit technology for their existing vessels or, if such steps cannot make the existing ships competitive given the market-based carbon-focused measures, to consider retiring the vessels ahead of schedule.

For individual owners, there are serious decisions to be taken as to which technologies to adopt, and serious risks that they might invest in technologies that do not work, or are not supported in time by the wider infrastructure required (including the crucial requirements of fuel production and distribution), or which lead to stranded assets that need to be retired before their time.

Given the long lifespans of vessels, shipowners who do not prepare their fleets to be transitioned to zero-emission fuels can be left with assets that are too expensive to operate. However, there are still no clear winners among the alternative fuel options now being considered, and there is therefore a risk that some will find that they have backed the wrong horse and are left with stranded assets.

A further concern arises in relation to ensuring that ship crews and support staff all have appropriate experience and training to deal with the new technologies and challenges: competition will be fierce to hire those with experience and skills in the new technologies as demand outstrips supply, initially at least. There will be an enhanced need for rigorous loss prevention schemes, and for learning and sharing lessons associated with the new technologies, as experience from recent transitions from paper to electronic charts, and from conventional diesel engines to electronic engines, have shown that major incidents can occur when new technologies are not understood properly. Lessons learned from these experiences dictate that, for a seamless “green” transition to take place, it is imperative to have a workable framework to adopt the changes well in advance, taking a very cautious approach and utilising risk assessment tools.

In this challenging, interconnected, and fast-changing world, the need for a strong and supportive relationship between shipowners and their insurers will be more important than ever.

For more information, please get in touch with the UK P&I Club’s Sustainability Director, Patrick Ryan. UK P&I Club Webinar: How is the Decarbonisation Strategy Shaping Up? 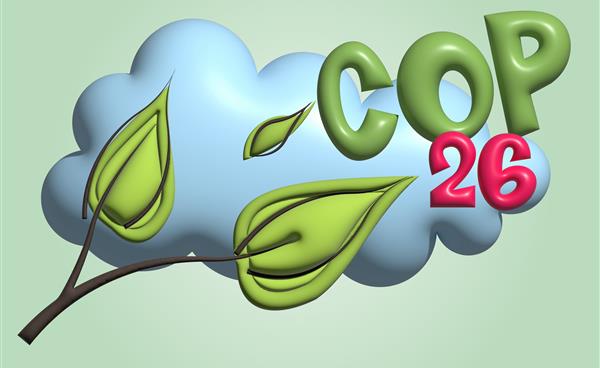 After two weeks of intensive and tense negotiations, the outcome of COP26 can probably be best summed up by the words of its President, Mr Alok Sharma; "Today, we can say with credibility that we have kept 1,5 degrees within reach - but, its pulse is weak"; below is an overview of the wider measures and initiatives to emerge from COP26, as well as a more detailed summary of the shipping-related elements.