A set of new rules on prevention and control of vessel-sourced pollution to inland waters (Rules on Administration of the Prevention and Control of Pollution Caused by Vessels to Inland Water Environment 2015) was issued by the Ministry of Transport of P.R.China (“MOT”) in December 2015. The new Rules will repeal its 2005 predecessor when they come into force on 1 May 2016.

The structure of the Rules, largely modelled on the State Council’s Regulations on Prevention and Control of Marine Pollution from Ships (for seagoing vessels), consists of 8 chapters, including General Principles, General Provisions, Discharge and Collection of Vessel Pollutant, Prevention and Control of Pollution Caused by the Operation of Vessels, Emergency Handling of Vessel-Caused Pollution Accident, Investigation and Handling of Vessel-caused Pollution Accident, Legal Liabilities and Supplementary Provisions.

The relevant requirements on the structure and equipment of vessels, the certificates carried on board as well as the vessel response plans to pollution are similar to those provided in the above-mentioned State Council’s Regulations for seagoing vessels. The Rules also require seafarers on board inland water vessels to be competent and properly trained for preventing pollution in inland waters.

Article 11 of the Rules provides that owners or operators of a vessel carrying “hazardous chemicals” in inland waters shall have pollution liability insurance or other financial security. The Rules provide no definition of “hazardous chemicals” but reference can perhaps be made to the Regulations on Safety Management of Hazardous Chemicals.  If this is the case, “hazardous chemicals” used in the Rules may include both diesel oil and petrol whereas crude oil is excluded because the flash point of the latter is above 60℃. This suggests that vessels carrying crude oil in inland waters do not need to obtain pollution liability insurance as referred to in the Rules.

In terms of the insurer for hazardous chemical carriers, Article 11 of the Rules provides that owners or operators of a China flagged vessel (carrying hazardous chemicals in inland waters) should obtain relevant insurance from a Chinese insurance institution or a P&I Club. From the wording, it is unclear whether insurance obtained from a foreign P&I Club will satisfy the requirement in the Rules. Having consulted with the MOT, it is suggested that under the Rules, Chinese ships can be insured by IG Clubs. Foreign ships with IG Clubs’ P&I entries should also not be required to purchase or place additional insurance with a Chinese domestic insurance company. The MOT will however be discussing this issue with the insurance regulatory body CIRC. A set of Detailed Measures including a clarification of this issue is expected to be released thereafter. We will keep Members updated once the same are released.

Discharge and Collection of Vessel Pollutant

The Rules set out five prohibitions (Article 13), which impose stricter standards than that provided under the State Council’s Regulations for seagoing ships and Conventions like MALPOL. The five prohibitions are:

(1) vessels are prohibited from using incinerators in inland waters；

(2) vessels are prohibited from discharging toxic liquid substances and their residuals including ballast water, cleaning water or other mixtures containing such substances;

(3) vessels are prohibited from using dispersant;

(4) vessels are prohibited from discharging vessel waste; and

(5) vessels are prohibited from dumping pollutant produced during the process of building or repairing vessels or during relevant operations into inland waters.

The Rules also contain detailed provisions on management of waste on board (Article 15 and 16) as well as requirements on noise control and air emissions (Articles 17 and 18).

Prevention and Control of Pollution Caused by the Operation of Vessels

Certain provisions in relation to vessels carrying hazardous cargo under the Rules are also stricter than those concerning seagoing vessels. Members are advised to be aware of the following:

(1) vessels are not allowed to carry cargo where the nature of the cargo’s danger is unknown or the hazardous level of the hazardous substance in the chemical is in excess of relevant standards (Article 23);

(2) vessels carrying harmful gas or dust shall take airtight or other protective measures. During loading/unloading and ship-to-ship transfer operations, the parties are required to take measures to prevent emission of  any harmful gases into the environment (Article 24); and

(3) when conducting relevant operations in inland waters, vessels carrying liquid cargo apt to cause pollution in bulk shall comply with the corresponding rules and procedures (Articles 25 and 26).

The Rules require a vessel which causes a pollution accident to submit a Vessel-caused Pollution Accident Report to the MSA within 24 hours after the accident occurs, or not later than 48 hours under special situations to be approved by the MSA (Article 34).  In contrast, the State Council’s Regulations for seagoing vessels merely provide for a vessel to report an accident to the MSA without stipulating any time limit for submitting such a report.

The Rules stipulate that parties concerned may request mediations by the MSA in respect of damage compensation disputes arising from vessel-sourced pollution accidents in inland waters. If the parties apply for an arbitration or bring a lawsuit before a court in the course of a mediation, they are required to notify the MSA of this timely (Article 12). This follows the same dispute resolution pattern as provided in the State Council’s Regulations for seagoing ships.

Since there is no definition of “inland waters” under the Rules, it is unclear whether a port should be classified as a sea port or inland water port where the port is located close to an estuary area such as the Pearl River Delta and the Yangtze River Delta.  The SPRO (Ship Pollution Response Organisations) regime, developed in accordance with the Regulations on Prevention and Control of Marine Environment Pollution from Ships, applies to all sea ports only.  We therefore understand that those ports to which the SPRO regime does not apply may be governed and subject to this Inland Water Rules. In this sense, most ports in China can be clearly defined as either a sea port or an inland water port. One exception is the Nantong Port, which has some terminals at sea and some on the Yangtze River. Ships calling at any port or terminal where SPRO contracts are not required should pay extra attention to these new Rules on inland waters. 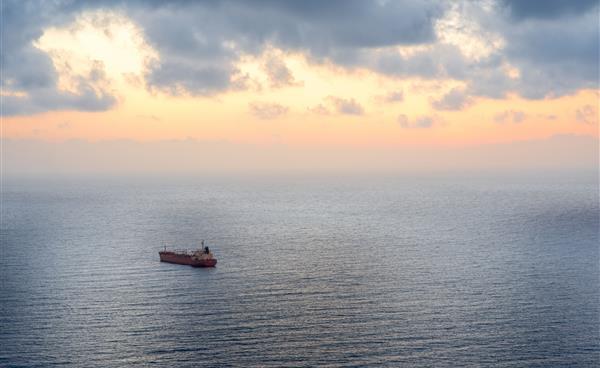 A global fuel sulphur cap of 0.5% was introduced from 1 January 2020, while the 0.1% sulphur cap continued to apply within the ECAs designated under MARPOL Annex VI

In accordance with the Maritime Traffic Safety Law of the People's Republic of China, Maritime Safety Administration of the PRC ("MSA") issued a notice on 27th August 2021 requiring vessels of foreign nationality that fall into the categories within to report to Chinese maritime administrations pre-entering the territorial sea of China.​

The UK Club’s Correspondents, Huatai Marine, report that on 28.02.2022, China MSA announced a modification to the Routeing System and Ship Reporting System of Qiongzhou Strait which have been operating for over 15 years. Huatai Marine explain the main modifications to the systems which will come into force on 01.04.2022.