QCR Spring 2017: This case and the next serve as reminders to Members of the risks of delivering cargo against Letters of Indemnity.

SCIT Trading Ltd sold iron ore to Xiamen C&D Minerals Co Ltd (Xiamen) on CFR terms. Xiamen sold the cargo to an associated company, who on-sold it to Shanxi Haixin International Iron and Steel Co Ltd (Shanxi). There was, therefore, a chain of sale contracts from SCIT (seller) -> Xiamen -> Shanxi (buyer). A back to back clause in the sale contracts provided that the discharge port agent shall be appointed by the buyer; ultimately, this was Shanxi.

As seller, SCIT was responsible under the CFR sale contract for arranging transport. SCIT fixed a voyage charterparty with Oldendorff Carriers GmbH & Co KG (Oldendorff) for the carriage of the iron ore from Australia to China. The Zagora was operated by Oldendorff under a time charter with the vessel's Owner. There was, therefore, a chain of charters from Owner -> Oldendorff -> SCIT.

The charterparty provided (i) the discharge port agents were "Charterers' agents" (ii) Charterers shall provide and pay for agencies (iii) the master was under the orders and directions of the charterers as regards employment and agency, and (iv) if an original bill of lading was not available, the Owner would discharge and release the cargo against a Letter of Indemnity (LOI).

Shanxi declared Lanshan as discharge port and declared the agent to be Sea-Road Shipping Agency Co Ltd (Sea-Road). This declaration was passed up the chain. Oldendorff instructed Sea-Road to attend the vessel during her port call.

At Oldendorff's request the Owner provided a draft LOI wording for delivery of cargo without production of a bill of lading. The draft LOI was passed along the chain to SCIT, Xiamen and Shanxi. When Xiamen passed the draft LOI to Shanxi they identified Sea-Road as the person that would take delivery of the cargo. When Xiamen provided an LOI to SCIT, they identified themselves as the person taking delivery of the cargo. A back to back LOI in similar form was issued by Oldendorff to the Owner.

On the strength of the LOI(s) the cargo was discharged to Sea-Road and on completion of discharge the vessel sailed.

Sometime later the vessel returned to Lanshan. She was arrested by the Bank of China who asserted that they were the holders of the original bill of lading and that the cargo had been discharged without production of an original bill of lading. Owners sought an indemnity from Oldendorff under the terms of the LOI. A like claim for an indemnity passed from Oldendorff to SCIT to Xiamen to Shanxi.

SCIT claimed they had no liability to indemnify Oldendorff, arguing that discharge of the cargo to Sea-Road did not engage the LOI because (i) it did not amount to delivery to Xiamen and (ii) Sea-Road acted as agent for the Owner and/or Oldendorff. Xiamen similarly denied that it was under a liability to indemnify, claiming that it did not nominate Sea-Road as its agent for the purpose of taking delivery of the cargo, and did not instruct SCIT Trading or SCIT Services to deliver the cargo to Sea-Road.

In reaching their decision the Commercial Court considered the concepts of Discharge and delivery stating that "Discharge is the movement of the cargo from the ship 'over the ship's rail' ashore. Delivery is the transfer of possession of the cargo to a person ashore. Discharge and delivery may occur simultaneously but they need not do so. A cargo may be discharged ashore into a warehouse and only delivered at a later date. Delivery is effected by the shipowner who has the cargo in his possession" (reference was made to The Bremen Max [2009] 1 Lloyds Rep 81).

This case illustrates the difficulties that can arise where a chain of LOIs are demanded in commercial contracts. Whilst it provides Owners with reassurance that LOIs can be effective under some circumstances, the Owners had to incur costs to enforce the LOI in the Commercial Court. Members should be aware that delivering cargo against a LOI is a commercial decision and comes with the risk that P&I cover may be prejudiced. See Rule 2 Section 17, Proviso c(ii) and (iii).

Members are therefore reminded that it would be prudent to make some enquiries as to the whereabouts of the original bill of lading to alert themselves to any potential dispute(s) relating to title in the cargo before agreeing to deliver cargo against a LOI. This is because unlike delivery under the original bill of lading, a delivery under a LOI does not alleviate Owners' liability for cargo mis-delivery. 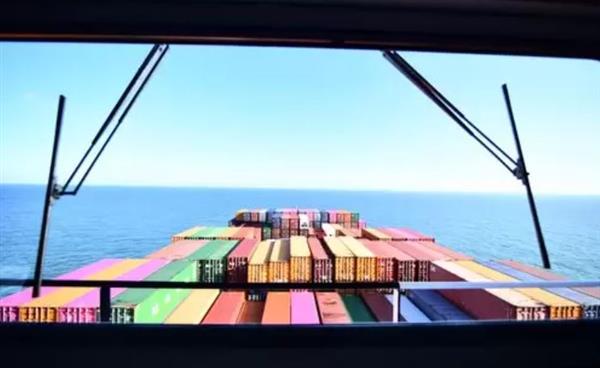