On Thursday, 12th October, the UK Club were invited to a presentation and lunch hosted by MOL LNG Transport (Europe) Ltd. on behalf of Para Paheer.

Para was one of 27 Sri Lankan refugees rescued by the LNG Pioneer off Cocos (Keeling) Islands, an Australian Territory about 2,600 miles off Western Australia, when the boat they were on ran into difficulties and sank on 1st November 2009. Both the weather conditions and the impending darkness made the rescue very difficult. Amazingly, the last of the 27 survivors was rescued some 20NM from where their boat sank. Regrettably, 13 people lost their lives that day.

Para spent the next 2 years on Christmas Island, where the survivors had been disembarked into the care of the Immigration Reception and Processing Centre. During this time he was "paired" with Alison Corke with whom he corresponded with a view to improving his English, until she and her family agreed to take Para into their home in 2011. On Australia Day, 26th January 2017, Para became an Australian citizen and on 30st August the wife and young son he left behind when he fled India, were also granted Australian citizenship and have now joined him and Alison's family in Australia.

Para had always wanted to say a proper thank you to those that saved his and 26 others lives that day. Having written a book called the Power of Good People to be released in Australia on the 8th Anniversary of the incident, he travelled to London to thank those involved with the LNG Pioneer on that fateful day, including Gas Engineer, Steve Hardie, who documented and recorded the incident, before taking all the survivors statements with the help of Para, and Andy Hill, now the Managing Director of MOL LNG Transport (Europe) Ltd., who travelled to Christmas Island at the time. Para will now travel to Croatia to meet many more of the Officers and crew on board the LNG Pioneer that day.

The UK Club were delighted and honoured to be invited to attend, having provided assistance at the time. It was a very humbling experience, and we are extremely grateful to Para for presenting us with a signed copy of his book by way of thanks for the small part we had in his journey. It's rare that we have the opportunity to see beyond the incident itself, and to hear Para's story nearly 8 years later was a remarkable and memorable experience.

With our sincere thanks to Para, Alison and Andy Hill for allowing us to share in this special day and we wish Para the very best in the future. 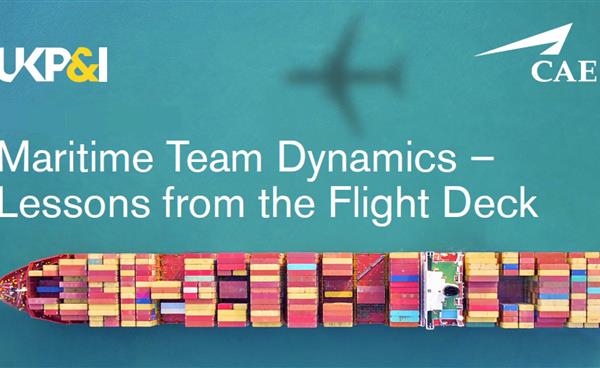 As a new initiative from the UK Club Loss Prevention team and CAE, the world's largest aviation training company, we published a new book in September 2021 featuring 12 human-element aviation incidents that cross-refer to the maritime sector, this article showcases the first of these cases. 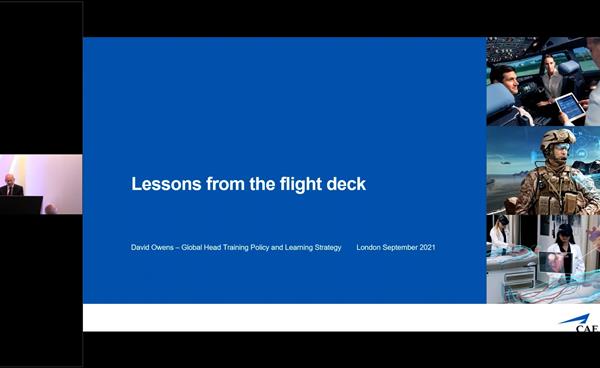