The UK P&I Club’s correspondents in Egypt, Middle East Survey & Control Office (MESCO), would like to draw Members’ attention to the new Customs Law which has come into effect in Egypt.

The new law aims to encourage foreign investment, unify and simplify the procedures relating to international trade, streamline customs release operations and procedures, and improve the customs tax refund process. The ultimate objective however is to increase exports of Egyptian products to the international market. The law also seeks to reduce corruption and has clarified the penalties on violators and smugglers. It also introduces a revised post clearance audit process aimed at controlling the import and export activity more efficiently, promoting faster release of goods at the borders. The new law brings in many controversial changes and amendments, especially on matters addressing the carrier’s liabilities.

Comments on the new law

This chapter sets out the definitions for all the terms in the new law. In contrast to the old law, the new law defines many more terms. This chapter does not address conflicts with the local Maritime Law that the new definitions give rise to.  The new law defines the Carrier as the Owner of the means of transport, while omitting the fact that the carrier could also be the entity entering into the contract with the shipper; e.g. a Non-Vessel Owning Carrier. Furthermore, there is a clear conflict between the agent, the shipping agent and the cargo interests’ agent.  The Article gives the same definition under the law to these agents, when in fact these agents have no relationship at all.

These Articles define and expand upon the powers of the Customs department and its employees: -

from the relevant authorities.

These Articles give the Customs employees powers over and above the usual scope of powers that Customs and customs officials have. Officials who hold judicial apprehension/ arrest powers may seek the assistance of other authorities. In our opinion, these powers which did not exist under the old law, are far too wide.

Five years from the date of release is a very long period for the maritime carrier to retain the relevant paperwork and records for all shipments undertaken. The law does not specify whether hard or soft copies will be required. This will inevitably escalate costs in relation to archiving.

This Article granting customs officials authority to enter the premises of shipping agencies at any time and without obtaining a court order, to review papers, records, documents and files related to customs operations, is a great concern. This right must be better regulated to protect the privacy of these companies.  If the perusal of the documents reveals discrepancies, the new law legalizes the issue of a subsequent review i.e. the Customs Authority will have the right to review documents related to customs operations with the possibility of recalculating the taxes and fees due. According to the provisions of the Egyptian Trade Law, the merchant is required to keep mandatory commercial books for a period of at least five years starting from the date of closing the book. A recalculation of taxes and fees may result in the shipowner being found liable for any shortfall in payment in respect of a shipment completed five years previously. The implications for shipowners are serious.

This Article defines completely new procedures that may be difficult to implement in practice. The Article avoids the fact that many shipments coming to Egypt are linked through shipping agents.  Importers may not be directly involved in the shipment process especially in “LCL” (Less than Container load) shipments. The new requirements may cause a conflict of responsibilities between the “end importer” and the freight forwarder responsible for the documentation process. Moreover, the application of these provisions in practice nullifies “to order” and “to bearer” bills of lading,  contradicting Article 203 of the Egyptian Maritime Trade Law, which states that “a bill of lading is drawn up in the name of a specific person, order, or bearer”.

A completed Cargo Manifest signed by the Master must be submitted to the Customs Authority. If cargoes were loaded without the consignee’s name, the carrier will be liable for any reshipment costs. This Article emphasizes that it is the responsibility of the carrier to verify the accuracy of the goods’ description, and thus holds the carrier responsible if the description is inaccurate. A new controversial Article has also been introduced that prohibits the carrier from transporting imported goods by importers who are not registered in the customs dealers registry. In addition to that, the new law obliges the carrier to re-ship the cargoes or destroy them at his own expense if the importer / recipient  fails to complete the customs procedures for removing the cargo. The carrier is here charged with additional responsibilities that did not exist under the old law.

This Article must be reformulated to allow exceptions to the 48-hour rule because as drafted, it fails to take into account, e.g. short trips by ships arriving from neighboring ports / countries, and the fact that most Egyptian exports are fresh fruits and vegetables often loaded on board well within 48 hours of the vessel’s departure. In our opinion, a 24-hour period is more than enough. Furthermore, discrepancies could arise on initial weights advised.

In many cases, there is no owner of the rejected cargo as he either keeps a low profile or disappears. Regardless of whether this party receives the delivery order, it is unclear who bears the execution expenses.

The one-month period leaves little time for the owners of these cargoes to be informed of the status of the cargoes, and to arrange and carry out their disposal. It also puts a lot of pressure on the shipping lines to push customers to collect their cargoes, which could eventually lead to more abandoned cargoes and more expenses that would have to be borne by the ship’s interests.

The following highlight the increase in penalties from the old law to the new law. The crimes remain the same as under the old law.

Previously Article 119 of the old law. The fine is increased from not less than the minimum for fines and compensation to half of the fines stipulated in the above-mentioned Articles, provided the same is paid in full before the issuance of the final criminal order.

The application of this Article will lead to dire consequences for shipping agencies, as the issuance of such decisions will bring the work of shipping agencies at all customs outlets to a halt, including taking delivery of parcels arriving at airports. The Article violates a fixed provision in the Egyptian Penal Code to the effect that the accused is innocent until his proven conviction. The text in its current form prevents all dealings with the accused until a final judgment of acquittal is issued. This article is also contrary to the text of Article 96 of the Egyptian Constitution and Article 11 of the Universal Declaration of Human Rights.

We believe there is no automatic relationship between the crime of smuggling, the means of transport (ships) and the tools used (containers) unless the ship or the container was prepared for smuggling, and this provision will cause issues in terms of confiscation of assets.

Finally, the increase in the fines imposed for a violation is excessive, considering that such violations are common as they may occur without intent, and cannot always be fully avoided.

Based on our analysis of the Articles in the new law, how the new law will be applied will only become clearer during the implementation stage. What is clear thus far is that the new law places a heavier burden of liability on the carrier in circumstances that are often beyond his control. This has resulted in objections being raised against certain provisions in the new law. It is anticipated that forthcoming amendments which take into account all aggrieved parties’ concerns will allow for a smoother transition. In the interim, until the new executive regulations are issued (expected to be within the next six months), the existing executive regulations shall continue to be applied - insofar as possible -in a manner that does not conflict with the provisions of this new law.

We hope the above has given you an informed introduction to the new Customs Law. We remain at your disposal should you have any queries or concerns.

The UK P&I Club would like to thank Middle East Survey & Control Office (MESCO), for preparing the above article for the Club. 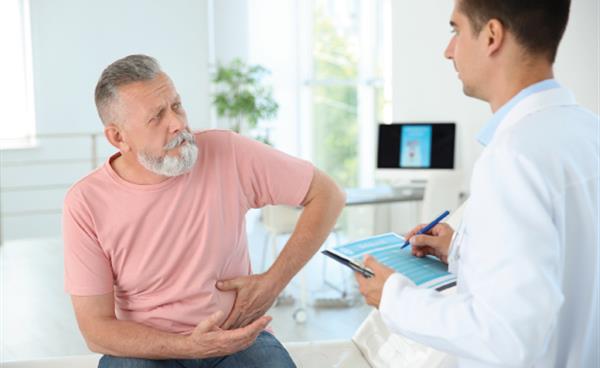