Members' liabilities in respect of crew illness from Covid-19 are covered under Rule 2 Section 3. Cover is available for cases requiring medical disembarkation, hospitalisation, medical care, maintenance ashore and repatriation and substitute expenses for crewmembers infected with Covid-19 as with any other illness, subject to the terms of the crewmember's contract of employment. This includes liabilities to crew who are infected ashore while in the service of the ship, while on their way to join the ship, or while on their way home following completion of their contract.

If a crewmember on board an entered ship tests positive for Covid-19 following a PCR swab test, then the Club considers that to have triggered cover under the Club's illness and quarantine rules, even if the crewmember concerned is asymptomatic. In such circumstances, the reasonable costs of testing for Covid-19 are covered. However, it may be the case that the crewmember does not need to be repatriated but can self-isolate on the ship, provided of course that safe manning levels are maintained.

Rule 2 Section 16 provides cover for:
"Additional expenses necessarily and solely incurred by the Owner of an entered ship as a direct consequence of an outbreak of infectious disease on that ship, including quarantine and disinfection expenses and the net loss to the Owner (over and above such expenses as would have been incurred but for the outbreak) in respect of the cost of fuel, insurance, wages, stores, provisions, and port charges and cargo handling/loading/discharging."

It is important to note that in order for cover to be triggered under the Club's quarantine rule, there must be an actual outbreak of an infectious disease on board the entered ship.

There are essentially two heads of cover provided by the rule. The first is those additional expenses directly resulting from the outbreak of the disease. These will usually be quarantine and disinfection costs. Those costs are not necessarily limited to the ship, and the Club has been involved in cases where members have incurred liabilities for quarantine costs relating to stevedores and pilots who have been exposed to the Covid-19 virus on a ship.

The following is a list of the expenses an Owner can typically expect to recover under the quarantine rule as a direct consequence of an outbreak of an infectious disease on board the entered ship:

Expenses incurred during a quarantine period which typically fall outside the scope of P&I cover are:

Depending on the nature of the illness, it may be necessary for a ship to deviate from its intended voyage to obtain appropriate medical care for a sick crewmember on board. The net costs of the diversion in respect of fuel, insurance, wages, stores, provisions, and port charges are covered under the diversion rule to the extent that such costs exceed what would have been incurred regardless of the diversion.

As to the costs which are recoverable, a similar approach is taken to that under the quarantine rule, in that the costs that are recoverable are the additional expenses over and above those that would have been incurred but for the diversion. Cover is not available for extra costs incurred because of the diversion in respect of items other than those listed in the rule, (e.g. extra hire or freight, or for other loss arising as a result of delay caused by the diversion, such as the loss of a subsequent fixture).

Additional insurance costs may be incurred if the diversion requires the ship to move into areas which require the payment of additional premium, such as that required by war risk underwriters when the ship sails in certain war risk areas. The cost of arranging any necessary additional insurance will be covered. Cover is not available, however, for a claim for a proportionate return of premium paid during the time of diversion.

The extra cost of wages does not include wages which are paid to crew for the extra time taken by the ship to complete its original voyage as a result of the diversion, but would include the payment of overtime to crew who take part in searches for missing persons at sea, as well as additional wages that are payable to the crew if the ship enters a war risk zone during the course of the diversion.

When there has been an outbreak of Covid-19 on board a ship and a percentage of the crew are infected, it has become increasingly common for Owners to deviate to arrange a full crew change, replacing all non-sick crew as well as those who are sick. If this situation arises, the Managers should be advised prior to the deviation.

The costs arising from such a deviation, such as additional fuel or port charges, do not fall within the scope of Club cover. Diversion expenses under Rule 2 Section 7 (as discussed above) are only recoverable from the Club where the expenses are incurred solely for the purpose of securing medical treatment for a sick or injured crewmember.

Where a ship deviates to another port to arrange a crew change, only the costs of those who have tested positive for Covid-19, and their direct replacements, will be covered by the Club under Rule 2 Section 3 on seafarer illness. Any expenses incurred in connection with non-sick seafarers who are replaced, whether as a result of an outbreak on board or not, do not fall within P&I cover.

In a Covid-19 outbreak situation, it is not uncommon for disinfection and quarantine costs to be incurred in addition to costs relating to the seafarers who have contracted the virus. As these two types of expense are dealt with under different sections of the Club's rules, it is important to consider and review the ship's terms of entry. It is possible that are separate deductible will apply to each head of claim. 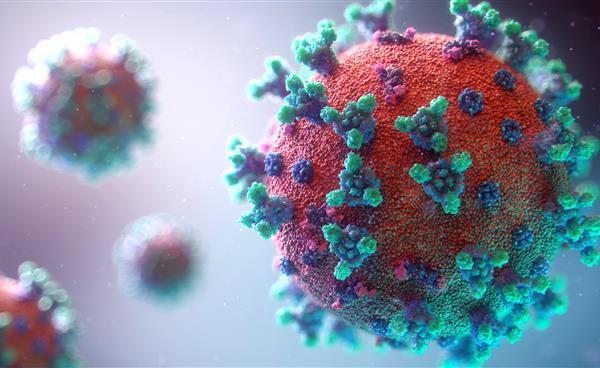 Covid-19 was declared as a global pandemic by the WHO on 11th March 2020 and continues to affect people around the world.

The UK Club’s local correspondents, Huatai Insurance Agency & Consultant Service Ltd, have issued a circular on the announcement of the Ministry of Transport, the Ministry of Foreign Affairs and the General Customs on Effectively Implementing Remote Prevention and Control Measures of the COVID-19 for Vessels Engaged in International Voyages.