Stepped up enforcement in the North American ECA: August 2014 Update

The EPA also disclosed that it has been "experimenting" with vessel flyovers to assess vessel smokestack plumes for the same purpose.

The International Convention for the Prevention of Pollution from Ships ("MARPOL") limits reduced the sulphur content of fuel oil used by vessels to 1.0% in specially designated areas such as the North American ECA, which extends 200 miles from the United States coast. MARPOL, however, is not self-executing. In the United States, MARPOL is implemented through the Act to Prevent Pollution from Ships ("APPS"), which supplements existing civiland criminal legal authorities vested in EPA and the USCG under the Federal Clean Air and Federal Clean Water Acts. On 1st January 2015, the sulphur limit of fuel oil used by vessels within the ECA will be reduced to 0.10% and federal authorities in the United States have given no indication that the compliance date will be extended or ignored. Indeed, federal officials have noted the importance of the fuel standards to air quality control issues that continue to plague U.S. ports despite significant controls already in place for land-based mobile and stationary sources.Thus, enforcement of the standards on vessel air pollution is seen as a priority, particularly on the West coast, in the ports of Los Angeles and Long Beach.

APPS gives the USCG and, through a Memorandum of Understanding, the EPA broad authority to investigate potential MARPOL violations; it also gives the USCG and United States Customs and Border Protection ("CBP") broad authority to detain vessels during the course of investigations. APPS, for example, authorizes the government, upon "receipt of evidence that a violation has occurred," to issue subpoenas requiring production of witnesses, documents, and other evidence, so that the United States government can further investigate.

Understand that, pursuant to the EPA's Interim Guidance on the Non-Availability of Compliant Fuel Oil for the North American Emissions Control Area, companies are encouraged to voluntarily disclose instances in which their vessels cannot obtain compliant fuel oil because it is not available. Although EPA encourages voluntary disclosures, it carefully clarifies that "[t]he filing of a Fuel Oil Non-Availability Report ['FONAR'] does not mean your ship is deemed to be in compliance . ."

In other words, the FONAR itself is evidence of a violation and, as recently seen, a basis to issue an investigative subpoena. As previously reported, in February 2014 the EPA served administrative subpoenas on several fleet operators that had filed a relatively large number of FONARs calling for the production of voluminous records. Although these investigations are not yet completed and the United States government has not yet determined whether enforcement action will follow, these companies already have expended considerable resources to comply with the quite burdensome subpoenas. The use of subpoenas itself raises the enforcement profile of these inquiries, because providing false or misleading information in response to a subpoena is a serious federal crime.

APPS also authorizes the United States to refuse or revoke a vessel's clearance to proceed from a port or place in the United States if "reasonable cause exists to believe" the vessel violated the ECA. Like any other detention, this action could have severe commercial and legal consequences. APPS also provides that the USCG "may" instruct CBP to grant clearance "upon the filing of a bond or other surety satisfactory to the Secretary". But a recent Opinion published by the United States District Court for the District of Columbia highlights the onerous conditions the government can demand as a condition to a vessel's release.

In Watervale Marine Co., Ltd. v. U.S. Dep't of Homeland Security, owners and operators of vessels which were detained at United States ports for investigations of potential APPS criminal violations and later released upon the posting of bonds and executing of security agreements, challenged the USCG's authority to require non-financial conditions within the security agreements. Among the various conditions were: pay wages, housing, and transportation costs, along with a per diem for those crew members that remain in the jurisdiction and facilitation of their travel for court appearances; encourage the crew to cooperate with the government's criminal investigation; maintain the employment of the crew members that remain in the jurisdiction; arrange for repatriation of crew members once they leave the United States; hold the crew members' passports for safekeeping and notify the government if any crew member requests return of his passport; stipulate to the authenticity of documents and items seized from the vessel; help the government serve subpoenas on foreign crew members located outside of the United States; waive objections to both in personam and in rem jurisdiction; and enter an appearance in federal district court. The court held that the USCG "has discretion to use any and all" of its "tools," including but not limited to the aforementioned conditions on security agreements, to investigate and prosecute suspected APPS violations.

Beyond investigations, APPS violations can have many additional commercial and legal consequences. For example, APPS expressly authorizes the United States to assess civil penalties in an amount up to $25,000 for each violation and $5,000 for each false, fictitious, or fraudulent statement or representation in connection with investigations. Notably, each day a violation continues constitutes a separate offense.

There are also so-called alternative fines, which might be particularly applicable in instances where companies gain competitive advantage by not using relatively higher-cost ECA-compliant low sulphur fuels. Alternative fines are based upon either pecuniary gain to companies that violate APPS or pecuniary loss to other companies that comply with APPS. EPA is keenly aware that the economic incentive to "cheat" will be much greater come 1st January 2015 when the fuel standards go still lower, and the price difference between compliant and noncompliant fuels can be upwards of $300 (USD) per ton. With this impending change, a number of large fleet operators have actually asked EPA to step up remote surveillance of vessel smokestack

plumes through the use of drones and other flyover initiatives. It is unclear whether EPA, which already is subject to numerous budget pressures, will be able to fund such an initiative on its own.

APPS civil penalties and criminal fines can be enforced in rem upon vessels which violate APPS. The consequences of MARPOL and APPS violations, however, are certainly not limited to the monetary remedies or

even those remedies set forth in APPS. Obstruction of justice and conspiracy charges could result in non-APPS liabilities. Vessels and companies could also be banned from trading in the United States.

As we approach 1st January 2015, and prepare for the even more stringent 0.1% fuel oil sulphur limit, the Club's Members should be mindful not only of the consequences of being found in violation of MARPOL and

APPS fuel requirements, but also of the significant disruption and expense of becoming the target of enforcement scrutiny on the mere suspicion of having violated these standards. 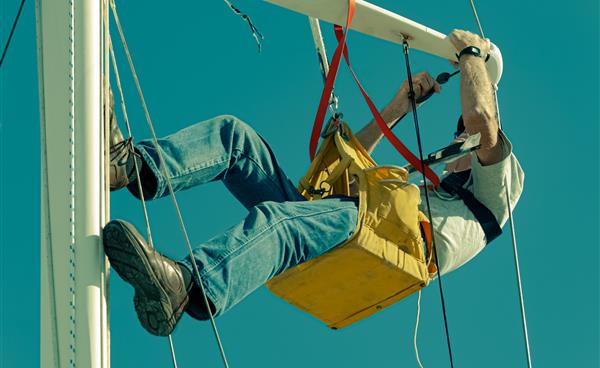 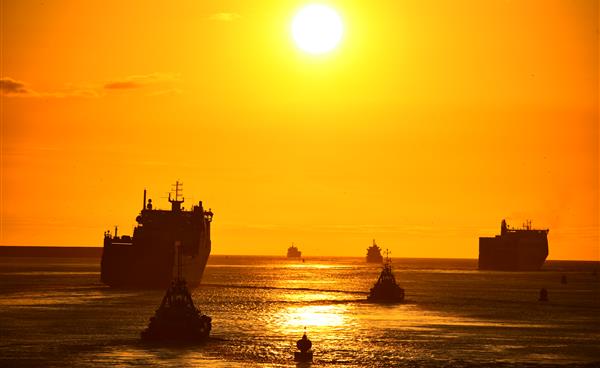