Overview of the canal1

The Panama Canal and its locks cover a route of about 80km between the Atlantic and Pacific oceans. An artificial lake called Gatun Lake sits in the middle of the canal at 26 meters above sea level. As a result, three locks are needed to raise ships to lake level and three more to lower ships to sea level. 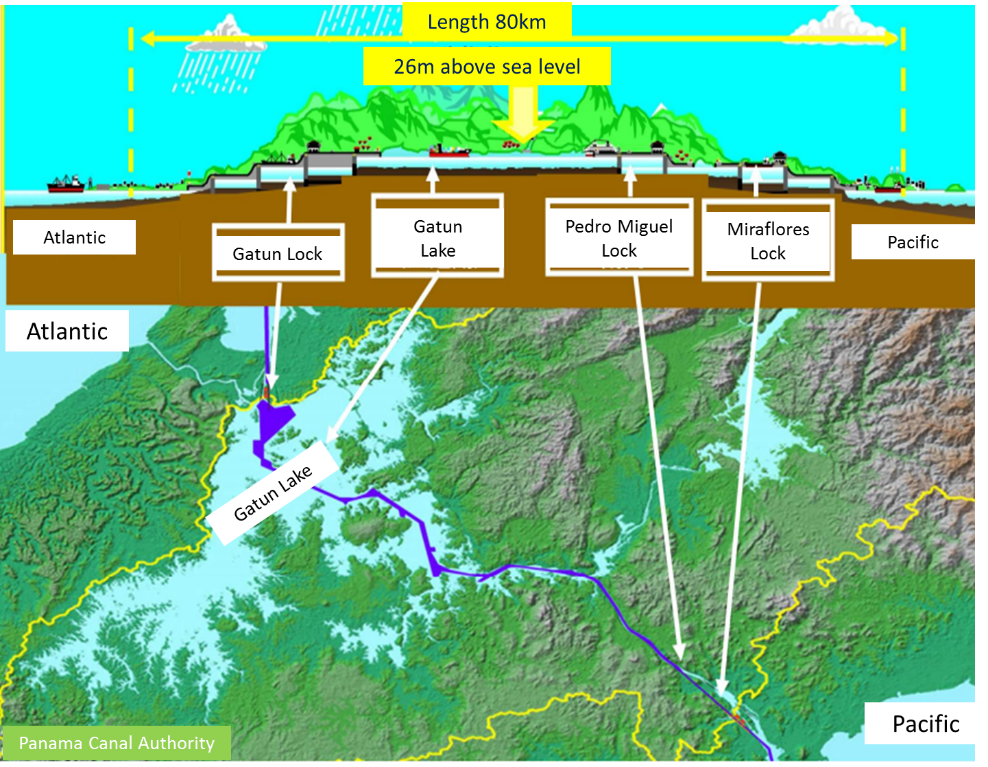 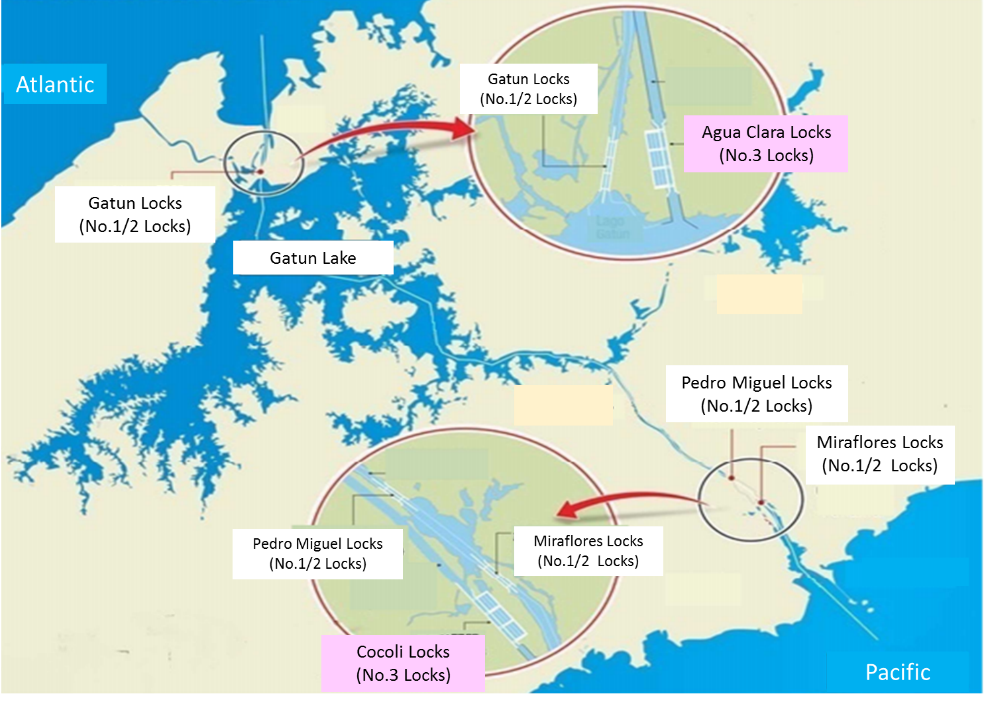 Path and locks of the Panama Canal

Ships pass through the Gatun Locks on the Atlantic side of the canal and the Miraflores and Pedro Miguel locks on the Pacific side. Due to the increasing volume of traffic and size of ships, the canal was expanded, opening on June 26, 2016, and consisting of the Agua Clara Locks on the Atlantic side and the Cocoli Locks on the Pacific side. The original locks have a two-lane configuration whereas the new, expanded locks have one lane. Consequently, the original locks are called numbers one and two and the new locks are number three.

1) Number of ships and tolls

Every year, approximately 13,000 to 14,000 ships transit the Panama Canal. This traffic generates annual tolls and other fees of about $2.6 billion. After adding other revenue associated with the canal, total canal revenue in 2020 was $3.4 billion.

Number of ships and tolls3

Dry bulk carriers rank first in terms of the number of cargo ships however, containerships rank first based on the Panama Canal Universe Measuring System (PC/UMS), which is the canal’s own system for determining tolls. The reason is that the increasing size of containerships, as outlined in section 3, has caused a significant increase in demand for the use of the new Panama Canal by neo-Panamax containerships, which are too large to transit the original Panama Canal. 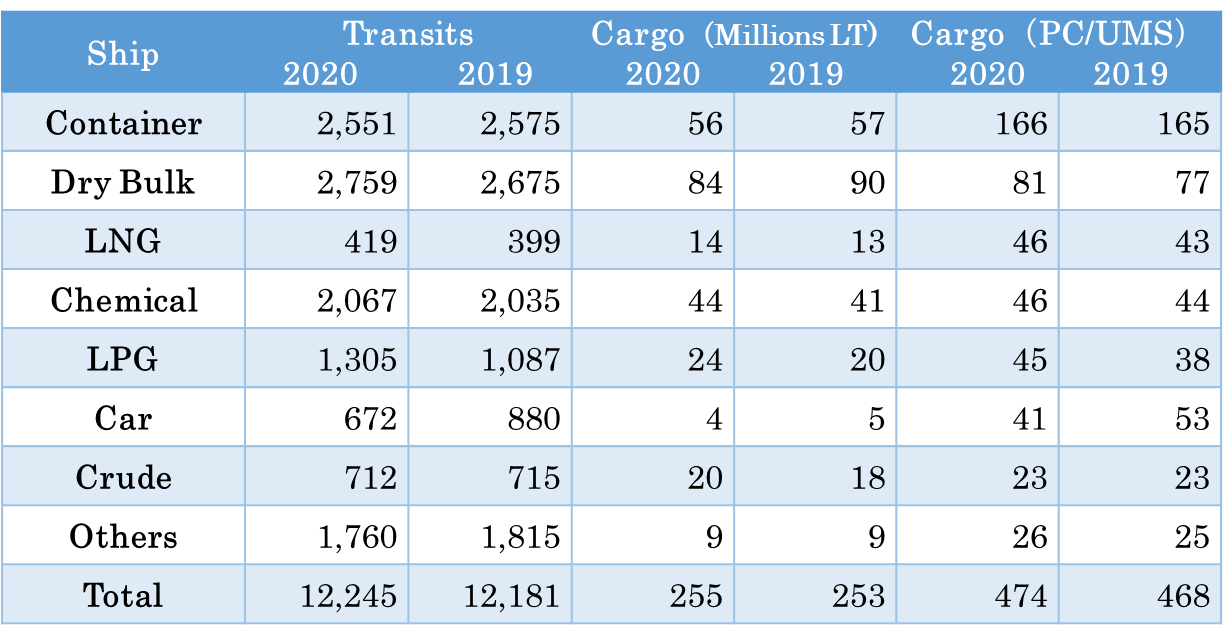 Neo-Panamax ships (transits of the new Panama Canal in 2020) 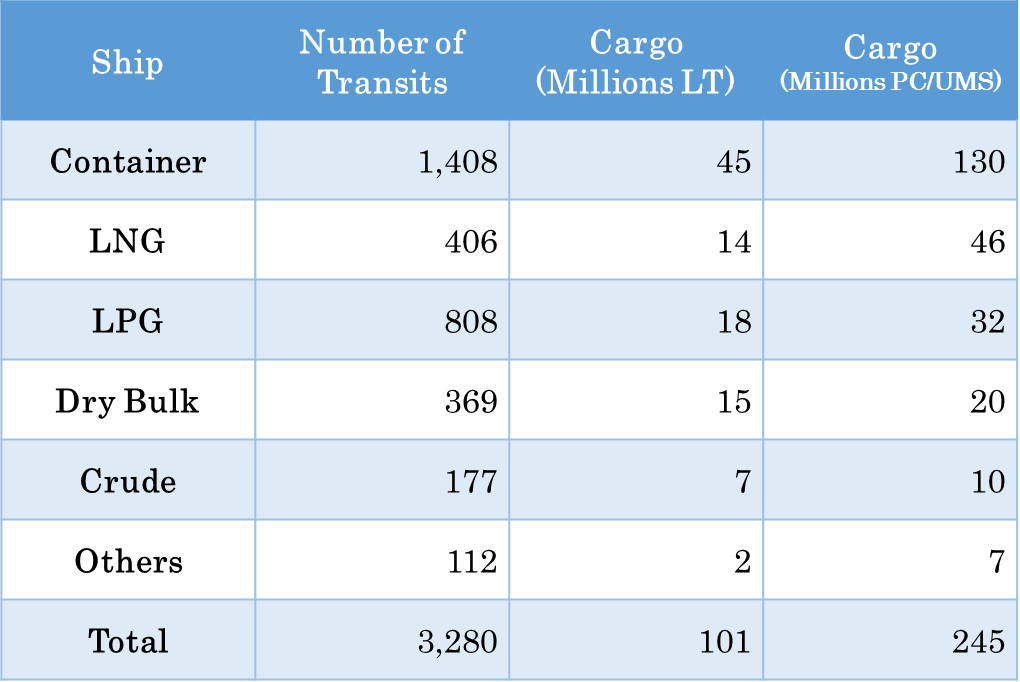 By far the largest volume of cargo passing through the Panama Canal is cargo originating in the United States that is subsequently transshipped for deliveries to final destinations in other countries. This list also includes countries in Asia and South America. 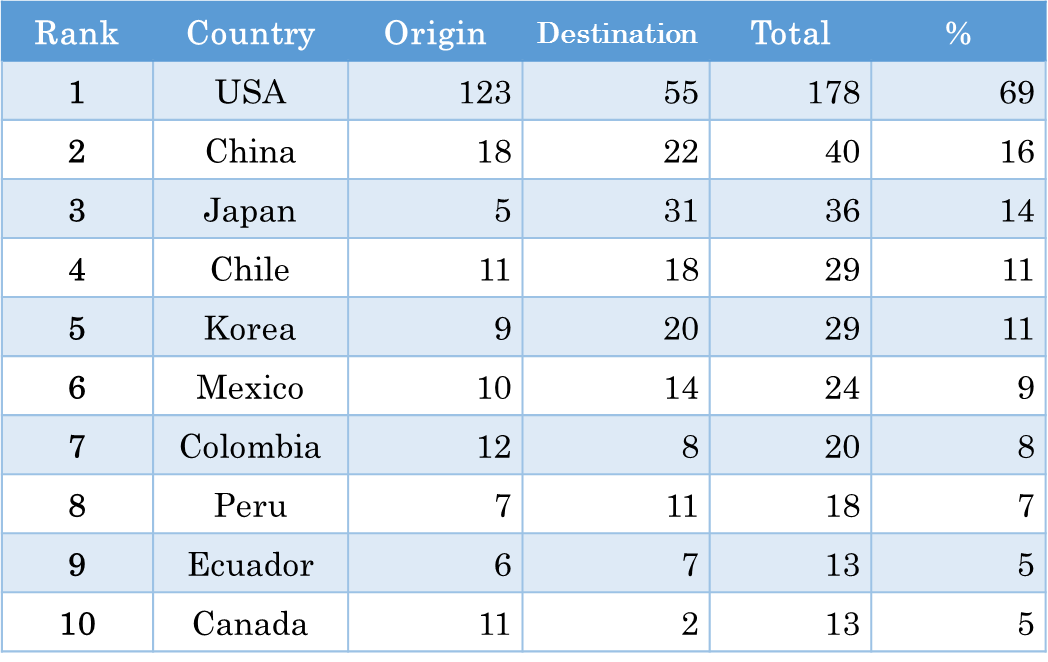 1Embassy of Panama in Japan

2The figures used in section 2 were prepared by the author of this document based on data of the Panama Canal Authority. 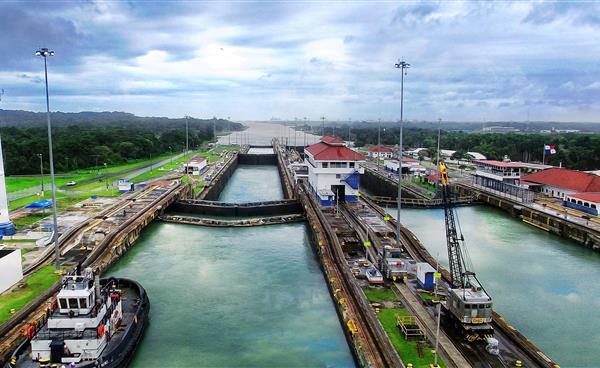 In 1914, a single ship passed through the Panama Canal to little fanefare bringing to fruition a multinational effort that began 44 years prior, this article looks at the brief history of the canal and some claims considerations

The Club would like to draws Members' attention to the recent Advisory issued by the  Panama Canal Authority (ACP) providing modifications and clarifications regarding the establishment of guarantees for transit reservation and transit itinerary creation fees. (3/20/20)

An update on the increased maximum authorized draft from 8th July, 2020. 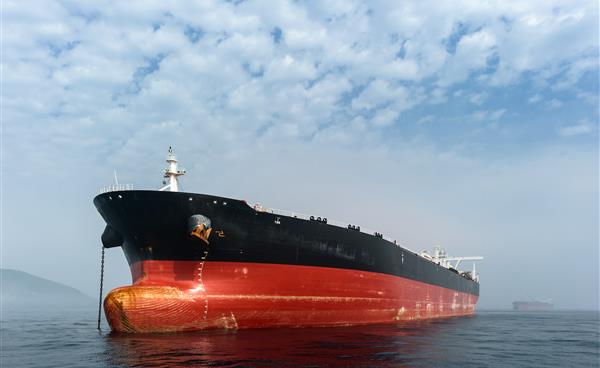 This article examines what happened when a powerful typhoon passed directly over Osaka Bay, resulting in the dragging of anchor by a Tanker which eventually collided with the connecting bridge to Kansai International Airport